Judy was born in British Guiana (now Guyana), South America. She was introduced to tennis at an early age by her father, who built a modified tennis court in their backyard.

After attending the Ursuline Convent in her hometown of Georgetown, Judy enrolled at Southlands Teachers Training College in Wimbledon, England. Upon graduation, she taught at an elementary school in South London. She then relocated to Kingston, Jamaica when she taught mathematics to middle and high school students.

In her competitive tennis years, Judy won well over 100 tournaments in singles and doubles. She was named “Sportswoman of the Year” for both tennis and table tennis in Guyana. She also represented Guyana twice at Junior Wimbledon and was triple champion of the Antillean Indoor in Kingston. At one point, Judy was also ranked #3 in her age division for women’s singles in Texas.

Judy has always enjoyed working with young people. She works with junior players in the pre-junior development, Future Stars, and Competitive High Point programs and often travels to watch her students at tournaments. 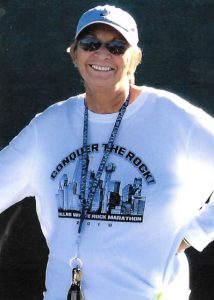 Outside of teaching tennis, Judy has become a Pickleball enthusiast. In this capacity, she now also one of the instructors for High Point’s Beginner and Advanced Beginner Pickleball classes.

Off the courts, Judy enjoys her family of cats. She also gardens and is a jigsaw puzzle/word games enthusiast.